Great pub food in the country, just off the M4, Junction 15, near Swindon

There are no prizes for guessing the origin of its name. Like Arkell's two other Bakers, this handsome little pub really did used to be the village baker's shop.

The building dates from before 1841 and from at least this time until 1885 the Horton family ran it jointly as a beerhouse and a baker's shop.

However, there was a brief interlude of two years when landlord Young Horton was held at Her Majesty's pleasure for assaulting his 14-year-old home help.

His wife's application for a spirit licence - made to the same Magistrates who put her husband 'inside' - was, not surprisingly, rejected. (In fact, though it had been a beerhouse for well over a century, the Bakers wasn't granted a full licence until 1960).

The pub changed hands several times before Arkell's finally bought it in 1906 and gave the Bakers the air of quiet respectability that it still exudes today. 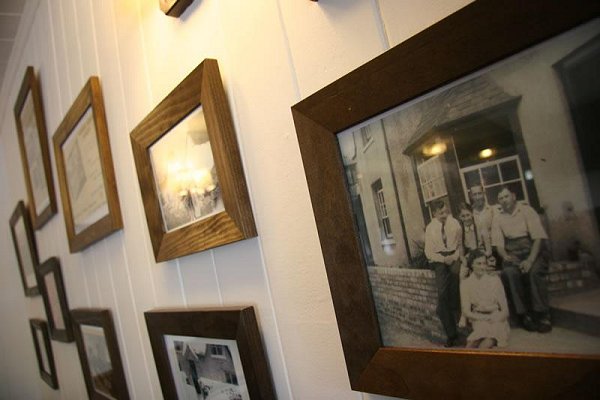